Shopify Vs Shopify Plus: The Platform Comparison 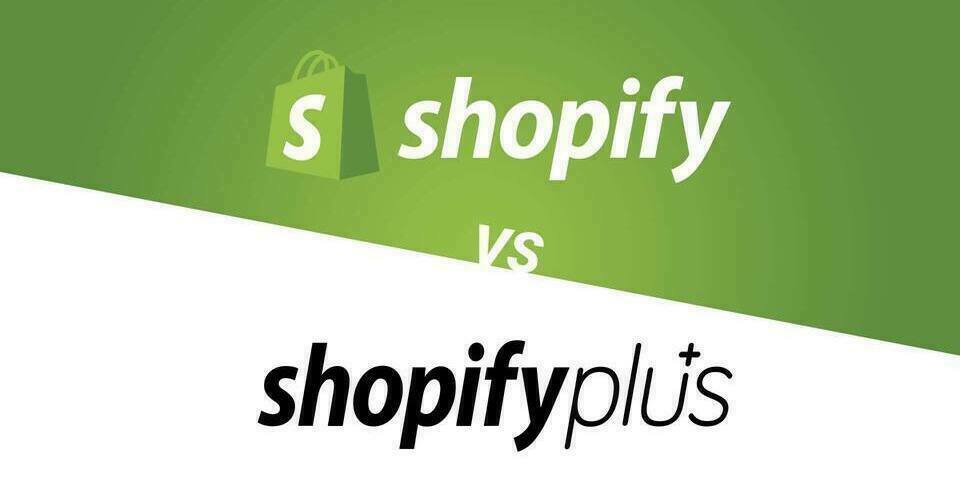 Shopify is one of the leading eCommerce platforms that empower retailers to set up online stores and launch their businesses. This powerful subscription cloud-based eCommerce platform offers users a set of business tools and also allows them to integrate any other necessary tools.

In 2014, the new version – Shopify Plus was launched which is specifically designed for hyper-growth businesses with huge amounts of sales and revenue. In this article, we would like to talk more about the differences between the old and new versions of Shopify.

Shopify vs Shopify Plus: Overview

Generally, the original version – Shopify is better suited for small to medium-sized eCommerce enterprises who are seeking a flexible and robust platform to support their retail businesses. Until 2021, there are more than 500 000 active stores operated on Shopify.

As mentioned above, Shopify Plus is designed for enterprise-level businesses that already own a stable retail process and lots of growth. Shopify Plus is reported to have supported over 5000 stores from large enterprises such as Red Bull, Kylie Cosmetics, ColourPop, DB Eyewear, and so on.

Shopify vs Shopify Plus: On the front end

Shopify is a user-friendly platform that allows users to quickly and easily launch their online businesses. This platform offers users a ready-to-use online store structure. Businesses are able to run their websites right away or customize them through Shopify’s editor. There are also many guidelines provided to help users with more complex problems.

Shopify Plus even provides more. When implementing Shopify Plus, retailers are able to edit the checkout page, which is not available in the original Shopify versions. Additionally, Shopify Plus also assures that business websites will be completely integrated into Shopify by supporting users to write line code and run on a custom theme.

Another difference in support services is that Shopify Plus provides hands-on human help and personalized support while Shopify interacts with businesses via phone email or live chat.

Shopify vs Shopify Plus: On the back end

There are many key features included in every Shopify version that help this eCommerce platform stand out from the competitive market such as Multi-Channel Integration, Abandoned Cart Recovery, Multi-Currency Selling, etc.

Shopify Plus incorporates all of Shopify’s basic features along with some other exclusive services. Below are some of the advanced features only found in the Shopify Plus version:

Shopify Plus also beat Shopify with a better analytics tool that not only supports retailers to track stores’ performance and data but also produces in-depth insight and updates the emerging trends in stores.

Shopify vs Shopify Plus: Pricing

There are three pricing plans for the original Shopify versions, ranging from $29 to $299 per month as you may see from the following table.

With many extra features, Shopify Plus pricing is higher than original versions. However, the price for this new version is not fixed for every business. Enterprises will have to contact directly with Shopify representatives and negotiate a proper price based on their monthly avenue and sales volume. In general, Shopify Plus costs at least $2000 per month.

Shopify vs Shopify Plus: Which is better for you?

Both Shopify and Shopify Plus share various powerful features that will empower your retail businesses. The difference is Shopify Plus offers other more flexible and handy options. However, Shopify Plus will cost you at least $2000, much higher than the three original versions.

As we have said, Shopify Plus mainly targets enterprise-level businesses that have already earned millions of dollars in sales. Thus, when it comes to new retailers, original Shopify versions seem to be the better choice.

ConnectPOS offers a point-of-sale system that is compatible with both Shopify versions. So far, our customers have been extremely satisfied with our services. Let’s hear them out by checking our Shopify case studies!