What is a standalone system? 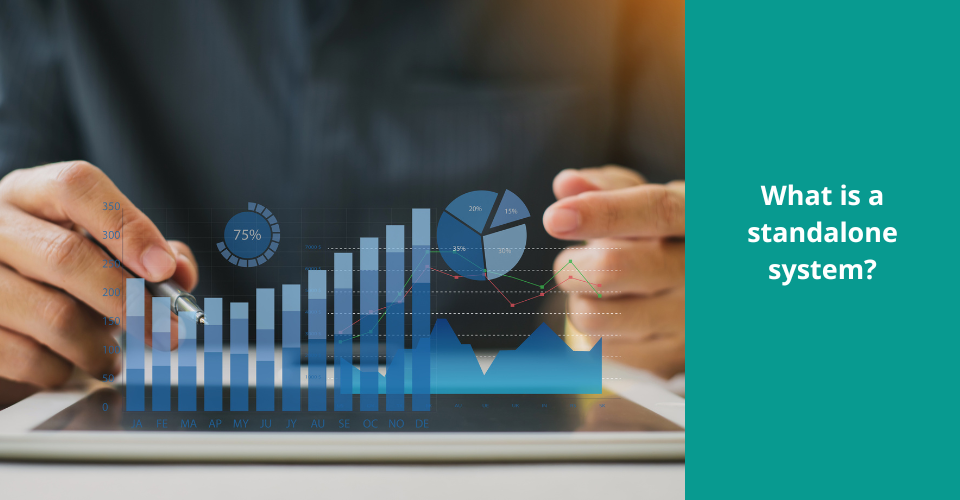 Definition of standalone system and examples

A standalone system is any application or software that does not need to be bundled with other software or applications, nor does it require anything else to function. In other words, it’s software that can “stand on its own” without help from the Internet or another processor computer.

For example, a TiVo box used to record television programs is a standalone system, but a DVR integrated into a digital cable box is not. Integrated devices are often less expensive than many stand-alone products that perform the same functions. However, using standalone hardware often allows for more customization.

Standalone systems can refer to: Computer programs that can work offline (does not require a network connection to operate); Separate software (not part of some bundled software); A program that runs as a separate computer process, not as an addition to an existing process; Standalone program that does not require operating system services to run; A portable application can run without installation procedures.

How does a standalone system work?

A standalone system usually has its own characteristics.

First of all, standalone software usually works without an Internet connection. It includes both anti-virus software and software installed on the computer via CD, USB or downloaded from the Internet.

Standalone systems will never be part of a package. It works with a full interface, for example, a desktop program that works with a USB-enabled label printer.

It runs separately from all other processes. This type of system does not rely on any other software to function. The most common example is today’s computer operating systems. Although the operating system contains a large number of related files, it does not depend on any of them — it runs on its own without any companion software or an Internet connection.

One advantage is damage control. Simplicity is another advantage because managing one system requires much less expertise than setting up or troubleshooting several systems. Stand-alone systems can also be more convenient. For example, printing on a network may require you to walk some distance from your computer to the printer. In contrast, any peripheral on a standalone device should be within reach. Finally, a standalone version does not affect other users of the system. With one network, a user can waste space watching movies or listening to music.

On the other hand, the disadvantages are quite extreme. First of all, users are restricted to a single system. On the network, users can access their files from any connected computer. Second, it is difficult for businesses when they cannot install similar systems simultaneously. While a network allows everything to be changed at once, a standalone network requires any new programs to be set up one by one, which is more time-consuming. Third, it’s much cheaper to connect every system to one device than it is to buy one for each standalone system. Finally, the standalones are harder to keep track of. On the network, certain software can be used to view the activity of each user simultaneously.

ConnectPOS is the stand-alone POS solution for every retailer! You will be able to easily conduct your business with ConnectPOS thanks to features such as business management, customer care, basic transactions, personalization that helps businesses have suitable multi-channel solutions.

A standalone system will be very effective for your business to grow. Now, contact us to know more about it!