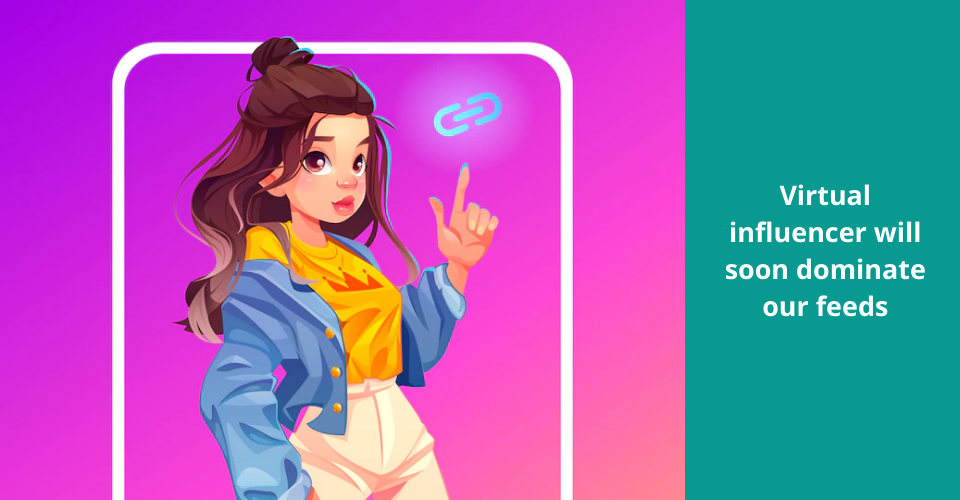 In today’s technology age, millions of people around the world using mobile phones are following and interacting with a new wave of influencers: virtual influencers.

In this article, we provide information about these “people”, who will soon dominate the news feed of websites.

What are virtual influencers?

Virtual influencers are “humans” born of computers and technology. They possess the same characteristics and personalities as normal human beings. They can post photos, record videos, post ads, and interact with fans like a real influencers. Many brands are willing to spend a small budget to access such a promising future technology.

How do virtual influencers work?

Virtual influencers do not “exist” in the literal sense of the word, they are created by the needs of a brand or individual and will be run by a technology company or people who possess technological capacity, strategic vision, and a structured plan about their portrait, behavior, and life.

Brands give life and breath to these “people”. They are defined in terms of appearance, personality, actions, and opinions, and then, they work on social media platforms and are transformed into real influencers, recognized and supported by the public.

For brands, the birth and development of virtual characters make it possible for them to draw a face that perfectly matches the brand’s personality and values. Besides, these influencers can appear at the same time in many places, reply to thousands of messages, and interact with thousands of comments, thereby helping brands increase two-way interaction with customers and keep the target customer group. Not to mention, the brand does not have to incur large costs because this innovative technology never ages or has psychological and health problems. In addition, because they are completely under the control of the brand, these influencers will be able to stay away from unnecessary stuff so that the brand can limit controversial risks.

For customers, these influencers give them a great shopping experience when they do not have to wait for anyone to give answers that can be completely based on reviews or experiences of these virtual people.

It can be affirmed that the appearance of virtual influencers helps businesses to create a deep, genuine emotional connection with the public due to their attractive personalities and “life stories” from these virtual people, which convey the value and message of the brand to the target audience.

When it first appeared, it was thought that this technology was not for everyone, as it could only be an attractive, creative, and innovative touchpoint in the communication campaigns of brands about fashion, games, and technology, but for industries like cosmetics, this is not a suitable candidate. However, some brands have exploited them in a new role as a customer assistant. Brands’ interest in these virtual influencers has not only appeared in the health and beauty sectors but has begun to rekindle in other categories such as automotive, finance, and education. Therefore, we can fully expect the future as well as the domination of the feed of this technology.

With the benefits they bring, brands and businesses can look forward to the future of virtual influencers. However, no matter how modern and advanced it becomes, this is still just a tactic in the brand’s overall communication campaign, so it should be noted that it will have its downsides when being used incorrectly.

Contact us for assistance in connecting with virtual influencers to support your business.