Psychological pricing: Create a love-at-first-sight for your products 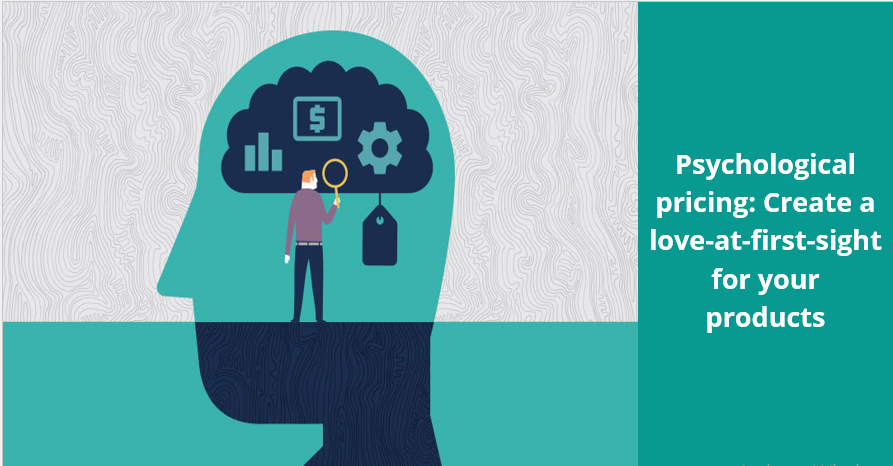 Choosing the right price is a common problem for business owners, especially in new or rapidly changing sectors where prices are not fixed. A common approach is to just copy or try to undercut your competitors, but there are smarter ways to do this is to price according to consumer sentiment. In this guide, we’ll walk you through some of the key findings of psychological pricing and show you how you can use them to establish your pricing.

What is Psychological Pricing?

Pricing according to customer psychology is considered a form of “magic”. As for psychological pricing strategies, marketers use this strategy to hit the emotional side of customers rather than the logical one. For example, setting the price of a wristwatch to $199 proves to be more appealing to consumers than setting it at $200, even though the real difference here is very small. The explanation for this is quite simple because most customer psychology will rely on the first numbers of the price to come to a purchase decision. The goal of psychological pricing is to further increase demand by creating an illusion of added value for the consumer.

Pros and Cons of Psychological Pricing

This psychological pricing strategy will directly influence consumer psychology and trigger a purchase through the perception of a bargain or discount deal.

However, with luxury goods, a psychological pricing strategy such as lowering the price from an integer like $1,000 to $999.99 will really hurt the brand perception of what you are selling.

You’ve probably seen sales signs that say “one day sale” where everything is “50% off” and usually appears on weekends. These “Only 1 Day” signs are known as artificial time limits. Stores place these restrictions on their sales because they act as a catalyst for consumers to spend. If a prospect believes a sale is temporary, they’re more likely to make a purchase today rather than next week. Consumers are afraid of missing out on such an obvious deal, so they will make a purchase to avoid this feeling of regret or missing out on potential. So, they’ll feel pressured to buy peer-to-peer after seeing all the other consumers taking advantage of this bargain.

Charm pricing is a psychological pricing strategy that defines all those 9s you see at the bottom of prices at stores. Prices ending in the number 9 create increasing customer demand for the product. This psychological phenomenon is driven by the fact that we read from left to right, so when we encounter a new price at $1.99, we see price 1 first and notice the price is closer to $1.00 than $2.00. In essence, ending your price at 9 convinces customers that you’re offering a great deal.

However, the prevalence of glamor pricing has also had the opposite effect. While prices ending in 9 mean “value”, prices ending in 0 now mean “reputational prices”. So if you are selling a luxury product, it would be better to end the price at 0 to make an impression the customer is paying for something expensive and valuable.

Innumeracy is a well-researched principle-based psychological pricing tactic that consumers cannot recognize or understand basic mathematical principles as they apply to everyday life. They will often choose “Buy one get one free” instead of “50% off two items?” even though the two options are identical. Other ways that innumeracy appears in pricing include double discounting, coupon design, and percentage injection.

Deciding what your pricing should look like is a psychological pricing strategy that has a huge impact on how customers perceive your product’s value. This pricing strategy typically appears as menus and unit prices with a smaller price font and no trailing zeros. They should look like “19”, instead of “$19.00”. The reason for this is that longer prices appear to be more expensive to consumers than shorter prices. This effect is compounded by the use of the “$” symbol for prices. This is also an easy psychological pricing strategy to use, you should remove the “$” symbols from your pricing and if you are pricing at an integer, leave out the “.00” part as well.

Psychological pricing requires you to think and capture customer psychology accurately, so pricing will be effective. Contact us for assistance in managing product pricing.