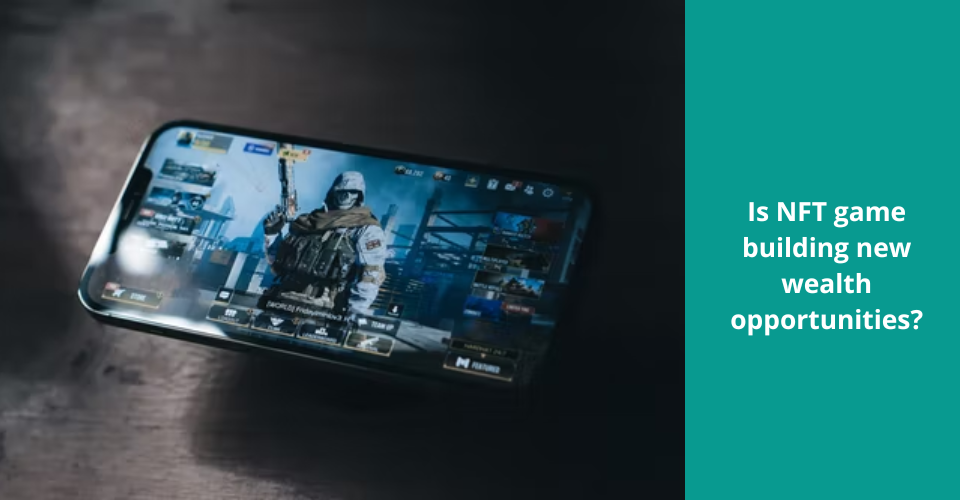 NFT games are emerging as a global trend not only in the world of gamers but also for casual users, or people who want to play for money. The popularity of this game is so pervasive that millions of people form groups to play these games. Undeniably, the heat of the NFT game comes from playing entertaining games and earning money. Therefore, in this article, we provide information about NFT games and how they’re building new wealth opportunities.

What is an NFT game?

NFT games are blockchain-based games that tokenize in-game assets, allowing players to collect them as non-fungible tokens (NFTs). Some of these games reward players with cryptocurrency, while others allow players to collect NFTs while playing, which can then be sold for money.

Blockchain technology provides decentralization, giving voting rights to gamers. For example, holders of the native token of a gaming platform will have the right to vote in voting activities. If you buy an item in a blockchain game, only you own it and do whatever you want with the item. A lot of blockchain game projects are springing up every day after the boom of NFT, which signals that this is very likely to be the future of the video game industry.

Currently, there are more than 800 games on the NFT platform that allow you to earn rewards in crypto or NFT. These games began to get hyped in 2020 when the pandemic hit, at the same time when Axie Infinity launched its AXS governance token on public exchanges. The growing number of players has fueled demand, and revenue from Axie Infinity’s protocol has grown by an astounding 12% in three months.

The majority of players are in Southeast Asia with 10% and the US with the remaining 20-25% in Europe and Africa. To play these NFT games, you need to buy items with money and use them to equip your character. Once you’ve made those items more valuable, you can resell them for a higher price.

Another way if you do not want to play but still want to make money from these NFT games is to rent to make money. This is a relatively new trend hitting the NFT space, but is showing some serious hype. Not many guilds offer this service, but just like playing for money, you can get the hang of it.

Renting to earn is similar to playing to earn. However, in the beginning, you will have to spend a larger amount of money to buy more useful items and equipment with high value and many features; you will then sublease these items for a certain period of time. And sure enough, it won’t be long before we see more innovation happening in the NFT gaming space, creating more money-making opportunities.

Invest in NFT games and guilds

You can choose another way to make money from NFT games by investing in these games and clubs. The tokens of clubs are listed on the exchange, before that it was usually sold on Launchpad. This is the time when everyone has the opportunity to invest in NFT games. However, this market is highly competitive, does not guarantee certain allocations, and has a limited number of allocations and test times.

The NFT game is on the rise and promises to build new wealth opportunities for businesses and those who focus on them. Contact us for detailed information about NFT games.