Is it legal to buy cbd in Thailand offline? 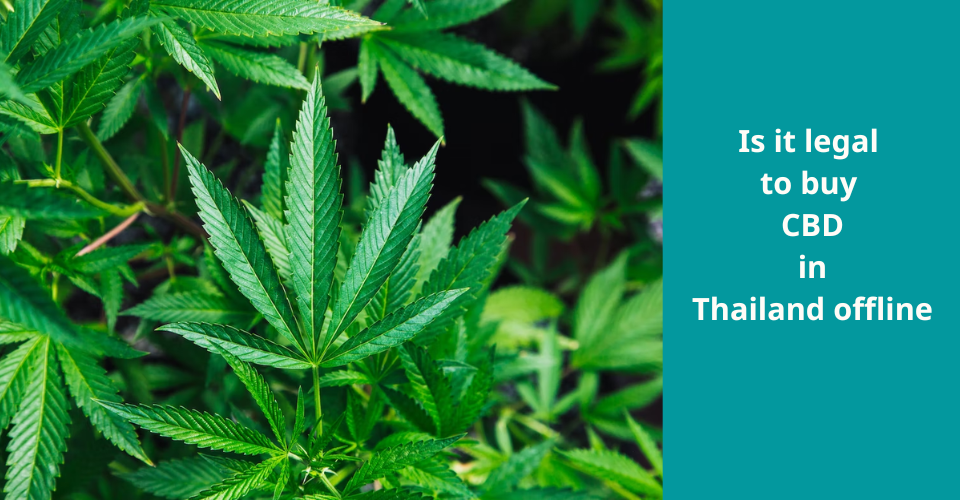 In what was perceived as an uncommonly liberal gesture by Thai authorities, cannabis and kratom concluded their arduous journeys to legalization this year. These once-banned substances have advanced much in a short period of time, especially considering how strictly regulated alcohol and cigarettes are for people to buy CBD oil in Thailand.

One might be shocked to learn that, despite having among the strictest drug laws in the world, Thailand has modified its stance on CBD and now allows for its sale. Let’s start by addressing some of the fundamental queries about marijuana, marijuana products, and CBD oil in Thailand that one might have.

The Ministry of Industry is currently pushing kratom as a commercial crop after realizing the potential of the plant. An alkaloid found in kratom called mitragynine works as an anti-inflammatory, painkiller, and treatment for diarrhea and weight problems. The plant has also been utilized successfully to ease opiate addiction withdrawal.

A number of publicly traded food and beverage firms, such as the maker of energy drinks Carabao Group, intend to include kratom in their offerings. The Parliament has not yet approved the Kratom Bill, though. The Senate tightened the bill’s health protections on December 14 2022.

Despite its well-documented advantages, kratom and cannabis both carry the risk of negative side effects. Thai authorities are strictly limiting their intake since they understand that the benefits come with hazards.

Bhumjaithai, one of Thailand’s main political parties, has taken the lead in the country’s U-turn on cannabis policy. After running on a platform of legalizing marijuana production in the nation, which has a longstanding experience of using cannabis as a medical element, the party’s leader, Anutin Charnvirakul, was appointed health minister in 2019.

Since that time, the Thai government has freed tens of thousands of inmates who were serving sentences for marijuana-related charges and declared a plan to distribute one million marijuana plants to Thai homes. The idea of promoting the nation as a wellness getaway for travelers looking to use marijuana medicinally has also been mentioned.

Many observers were shocked to learn that Thailand has permitted the use of medical marijuana for people with a variety of illnesses, including serious tumors. Approximately 4000 people have medical marijuana user registrations with the authorities as of right now.

Nevertheless, because of the system’s strict controls, it is currently unlikely that anyone will be able to benefit from medicinal marijuana in Thailand.

The food and drug regulator clarified in an August 2018 statement that CBD oils being offered as health food online were unlawful to consume, despite the fact that many stores provided CBD online.

The THC (delta-9-tetrahydrocannabinol) content must remain below 0.2%, as is the case in the majority of other nations, and that is the only restriction. Since the law was changed, CBD oil can be simply bought in Thailand online. One may also travel to the nation carrying their own CBD oil.

As a result of reforms introduced by the Ministry of Public Health, CBD oil is now imported into Thailand and sold in natural medicine and alternative therapy stores.

Compared to other countries, Thailand has a lower adoption rate of CBD oil. Therefore, despite being available and legal, it could be tougher to find in Asia than in Europe or North America.

In a move that was viewed as surprisingly liberal by conservative Thai authorities, cannabis and kratom finally achieved legalization this year. Contact us if you consider what should be prepared to set up CBD stores for others to buy CBD oil in Thailand.